A New Look for a New Thought Leader:

After several years working with Unity of Houston as a marketing and development partner, LightSpree was recently approached by Rev. Howard Caesar to create original branding and site design in advance of his first book release, “One + One Is One”. 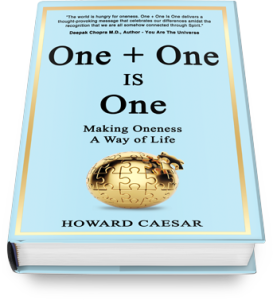 Rev. Caesar has been speaking and inspiring audiences with his transformational spiritual messages since his twenties, and is considered one of the foremost leaders and speakers with the New Thought movement. His message is one of positivity and Oneness Consciousness. Visually, we wanted his site and branding to represent that positivity and light.

We employed a great deal of white space, coupled with splashes of powerful color to evoke an overall feeling of serenity. Because Rev. Caesar has spent much of his life travelling the world and meeting with spiritual leaders such as his Holiness the Dalai Lama, we wanted to pair this with vibrant, terrestrial images to represent his overall message of global consciousness.

Ease of use and logical navigation was also at the forefront of our design strategy. On every page of the site, one can link directly to purchase Rev. Caesar’s new book, or request to schedule him as a speaker. We included a visually enticing testimonial on every page as well.

We are pleased with the work we have accomplished with Unity Houston, and are thrilled to expand this partnership through the work of Rev. Howard Caesar.